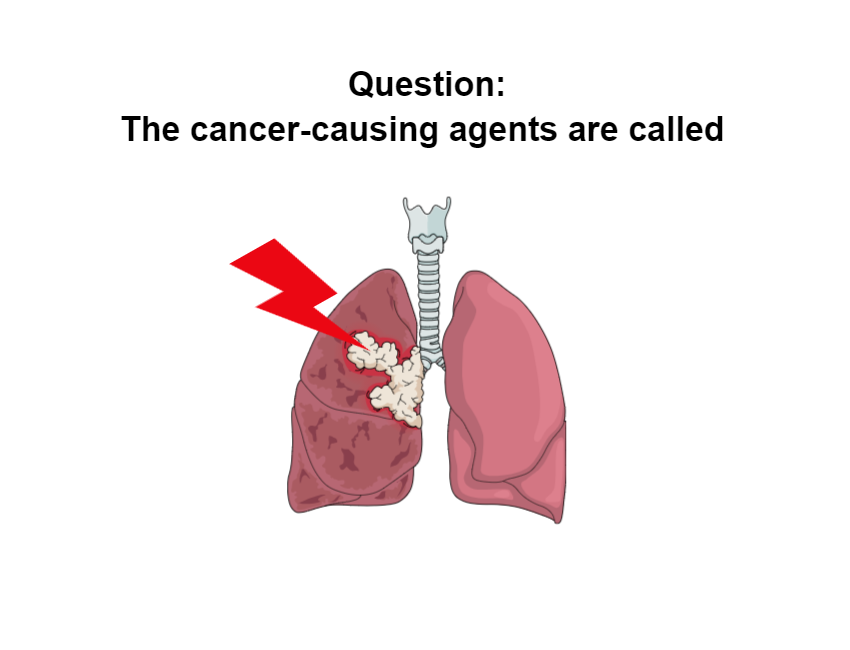 The cancer-causing agents are called carcinogens. The carcinogen may be any substance, molecules, radiation, gas, or pollution that promotes the formation or development of cancer. Many radioactive substances emitted radiation like gamma rays and alpha particles cause DNA damage and are potential carcinogens. Non-radioactive carcinogens include tobacco smoke, asbestos dust, and synthetic chemicals like pesticides.

Carcinogens mostly altered cell metabolism or induced mutation in DNA. If a mutation takes place in a gene involved in cell cycle checkpoints, then the cell undergoes uncontrolled cell division and leads to tumor formation. During normal conditions, DNA damages are identified by regulatory proteins and triggered signal that leads to programmed cell death. But if any regulatory protein of the programmed cell death pathway is mutated, then the cell escapes apoptosis and becomes a cancer cell.

Examples: Nicotine, hydrogen cyanide (HCN), formaldehyde (HCHO), and benzene in tobacco cause cancer in the mouth, lung, and throat: ultraviolet rays cause skin cancer; N-nitroso chemicals in processed meat cause colorectal cancer; and pesticides such as organochlorine and creosote cause sarcoma and leukemia.