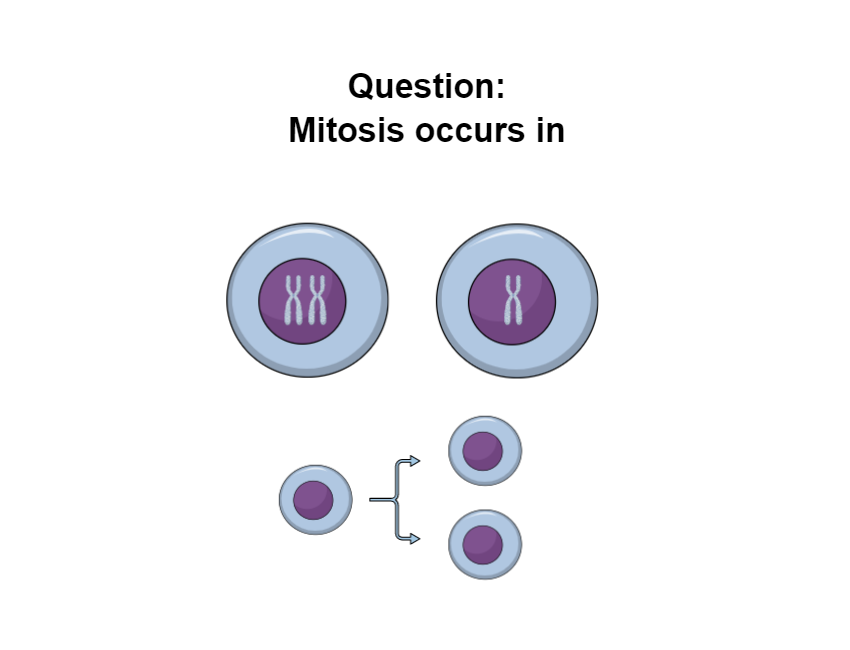 Mitosis is a process where a single cell divides into two genetically identical daughter cells in which the total number of chromosomes is maintained. Thus, the mitotic division is also known as equational division. Mitosis occurs only in eukaryotic cells such as animal cells, plant cells, Amoeba, algae, etc. On the other hand, prokaryotic cells such as bacteria, which lack a nucleus, divide by a process called binary fission.